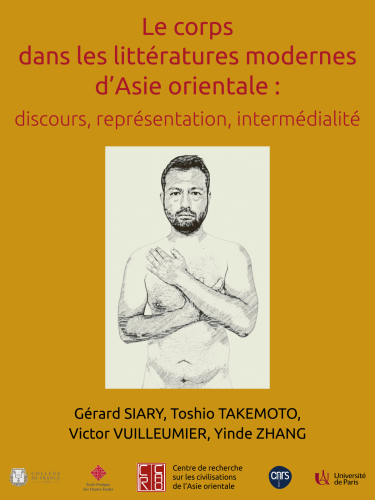 This book scrutinizes the body as represented in literature of the twentieth and twenty-first centuries in and around East Asia: China, Korea, Japan, Vietnam, Indonesia. The scope of the volume is thematic: saturated bodies, repressed bodies, reappropriated bodies, trans-formed bodies. The methodology combines as many disciplines as possible: narratology, anthropology, psychoanalysis, cultural history of the body, etc. History’s vicissitudes of history in the area concerned do not erase old conceptions of the body, as well as related discourses and legends, but the shock of modernization splits the body between an anatomized one, in search of identity mostly repressed by the nation, and a virtual one, generated by the cyberspace. Literature most often accounts for the phenomenon as if the autonomy of the body, still at stake, conditioned the so-called autonomy of writing. Two tendencies also appear in writing: a classical one, still restoring the body’s deficiencies and excesses ; an experimental one, which manages to renew the link of the body with an alienating world, even if that implies breaking the language. An experience that is quite similar, all in all, to that of the West. A number of unpublished and translated extracts illustrate the whole.

Published in 20222 in the book series « Research on East Civilizations » of the Collège de France.